Identified as a leading cause of lung cancer, only second to tobacco smoke, Radon is a naturally occurring radioactive gas that can accumulate in homes, work, and schools.
Take control and monitor your exposure over a prolonged period of time and let the Canary show you what the average levels were for the day, the week, or the past year!

Canary is a device for measuring and monitoring radon gas levels in indoor air.
Canary samples the indoor air through a passive diffusion chamber, and uses alpha spectrometry to precisely calculate the radon level.
Detection is done using silicon photo-diodes, both to count and to measure the energy of alpha particles resulting from the decay chain of radon gas. Canary is calibrated during production, and is not sensitive to changes in temperature, humidity, aerosols and electromagnetic field -, if operated within the recommended operation environment.

Certifications and tests of the Canary Radon monitor

Radon monitors should preferably undergo international comparative tests, in order to compare against other technologies and producers. Since there are so few similar digital monitors in the marked, the Canary has so far only been able to be tested against traditional alpha track detectors.

Canary was in July 2011 tested at the National Institute of Radiological Sciences (NIRS) in Japan. NIRS has calibrated laboratories, and are certified to conduct such tests. The methodology used is that we send a number of monitors to the laboratory; they conduct a test at (for us) an unknown radon level (blind test), and return the monitors to us. We then report our results to them, before they present the correct values, i.e. their measured results. For alpha track detectors, typically 70% of the participants have a result within +-20% of the reference value. This implies that measuring with an alpha track detector in a room with exactly 100Bq/m3 over a two months period, the measurements done in that room with an alpha track detector from a random supplier will show values from 60Bq/m3 up to 140Bq/m3 with 95% probability.

This means that for a 2 month measurement period at 100 Bq/m3 – as discussed above regarding the alpha track detector – one can expect that a random Canary monitor shows between 90Bq/m3 and 110Bq/m3.

In September 2012 Canary was tested in the Federal Office for Radiation Protection (Bfs) in Germany. 21 monitors were tested against reference monitors, and all were statistically measured to be within the laboratories own measurement uncertainty – which is 7%.

The BfS report may be downloaded here: BfS report

In June 2013 the Canary was again tested at BfS. 6 monitors were exposed for 1100 h*kBq/m3 and showed an average of 3.6% below the BfS reference value.

The BfS report may be downloaded here: BfS report

Canary was in 2013 tested at IRSN (Institut de Radioprotection et de Sûreté Nucléaire) in France.  The test was conducted over 3 months at a radon level of 170 Bq/m3. The average for the 20 tested devices was 167 Bq/m3.

Canary has also been tested in calibrated radon laboratories in the Czech Republic. These tests verify that Canary shows the same radon values irrespective of any changes in temperature, humidity, aerosols (dust particles in the air) and electromagnetic fields. This is in contrast to many monitors that are sensitive, and will typically show wrong results when these parameters change.

Trifield EMR meter – made in USA 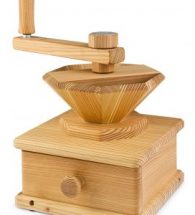 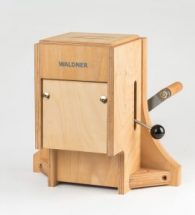 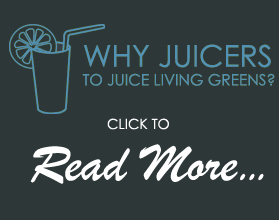